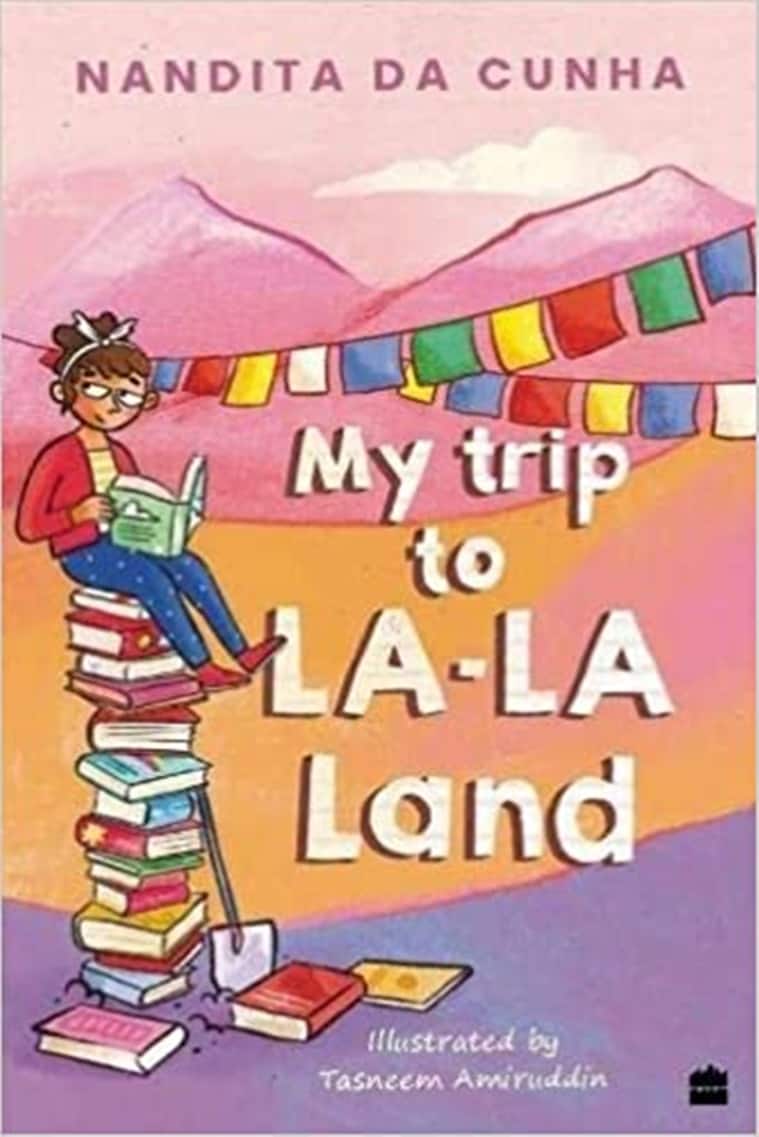 On the final day of the Bookaroo Children’s Literature Festival at National Rail Museum in Delhi in November last year, a group of children sat enthralled as Nandita da Cunha took them through the story of her book, The Miracle of Sunderbaag Street. As she took turns to become the lonely Zara and the garrulous Miss Gappi, who wouldn’t leave Zara alone while she moped in what was a pitiful excuse of a garden, attentive faces leaned forward, drinking in her every word. And, by the time, the residents of Sunderbaag transformed the garden into a place of beauty and bonhomie, a place for communities to come together, da Cunha had converted a bunch of youngsters to look at their surroundings with new, more observing eyes.

Da Cunha’s latest offering My Trip to La-La Land has her trademark humor and thoughtfulness as she tells the story of nine-year-old Tavishi, whose annoyingly fit and enthusiastic mum would not let Tavishi be, drafting her in for all her do- good ventures. Just when Tavishi was planning to laze away her summer holidays, she is dismayed to learn that her mom has quite different plans for her — a plan that involves travel to a distant place she hadn’t even heard of, lots of walking, donkeys, pesky little girls who won’t let her be, a visit to a school, and, possibly, even ghosts. Her mom was going to build a library for students of a remote school in Ladakh, and, of course, what option did Tavishi have but to join her? As Tavishi reluctantly makes the journey, trying her best to be left out of her mother’s enthusiastic plans, da Cunha deftly showcases not only the transformation of the little girl’s urban ennui into childlike wonder and discovery through the adventurous time she has, but also the contrast between lifestyles that teach the children to appreciate each other and nature better.

Written like a diary, da Cunha infuses the narrative with laugh-out-loud humour, even as she slips in information about Ladakhi culture and landscape; images and accounts of real-life ventures to build libraries in remote parts of the country. Not just that — in a hat-tip to favorite childhood reads, da Cunha also introduces readers to various classics. This is a book that has so many different elements to it that each reading brings out something new to mull over. Perhaps, the biggest affirmation to the book’s appeal came from the resident 11-year-old who devoured it in a single reading, chuckling to himself throughout, and then getting together with friends to build a library in their school classroom for reader and non- reader friends to discover for themselves the magic of words. 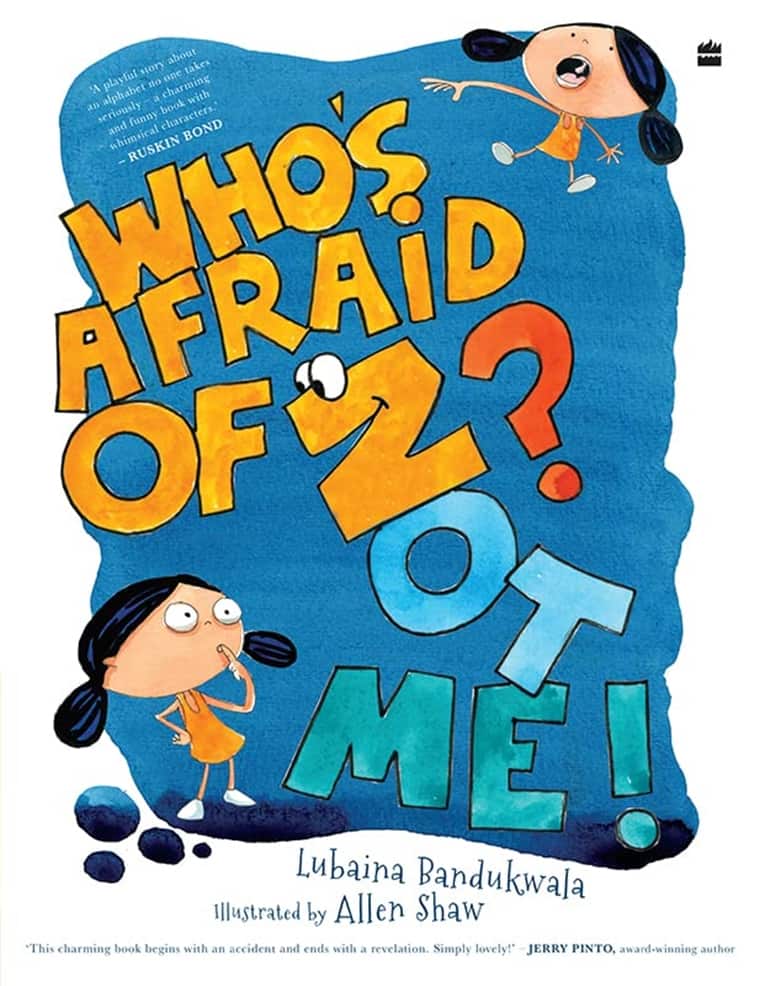 Lubaina Bandukwala turns her attention to an alphabet often neglected in narratives — after all, what use is a Z when you have vowels at your disposal or the very useful ‘s’ and ‘t’? Turns out, a lot, as the narrator, a little girl, discovers to her peril. One fine evening, that turns out not-so-fine anymore, the narrator’s mother spills coffee on her laptop. Even as they dab and wipe in haste, the liquid has done its (mis)deed — the ‘z’ alphabet key refuses to type. The girl’s mom is not so disturbed. Who needs a ‘z’ anyway? But, as an angry ‘z’ appears in the girl’s dream, it seems it is not quite as redundant as they had imagined. An easy read in verse, the highlight of the book is its delightful illustrations. A mum who wields a screwdriver to fix her own keyboard, an almost fish-eye view of the coffee mug toppling over, the centrality of the computer in urban lives — all these make for an interesting visual narrative that both complements the story and stands out on its own. 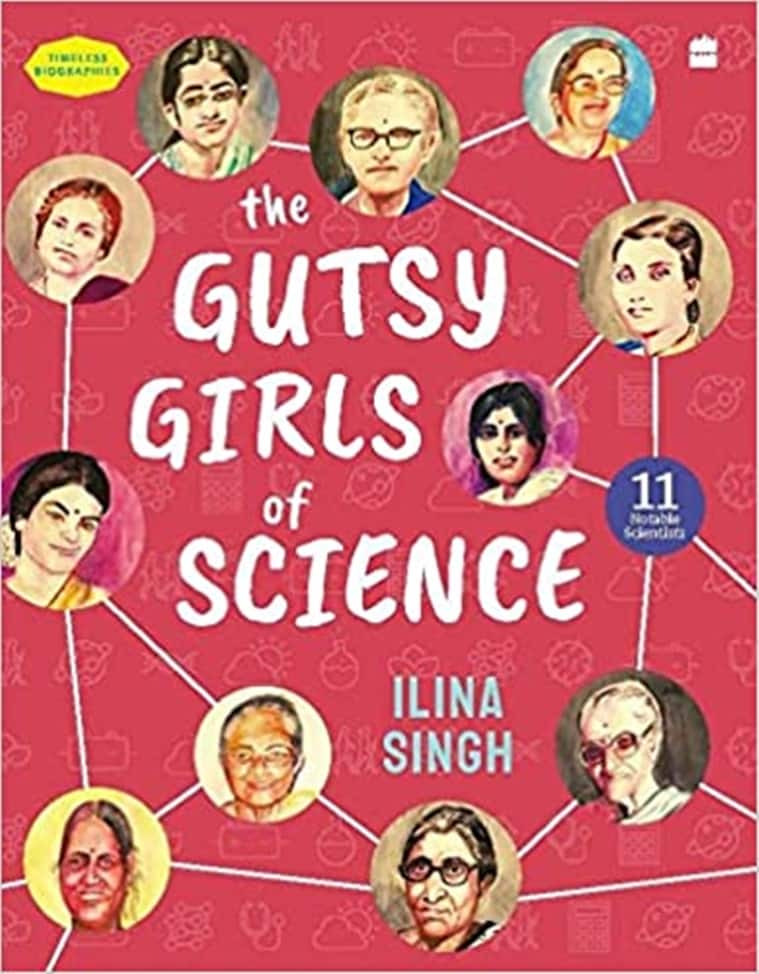 In 2018, Aparna Jain’s Like a Girl (Context) came out soon after Francesca Cavallo and Elena Favilli’s standout Goodnight Stories for Rebel Girls (2016), the international crowd-funded biography of 100 extraordinary women from around the world. Since then, in India, Jain’s book has served as a model for other such biographies of accomplished yet little-known women from different spheres of public life. While an overwrought genre tends to lose its appeal over repeated dredging of an old formula, in the case of biographies of women, it has only taken readers on interesting journeys of discovery of high-achieving women relegated to the background because of a lack of awareness .

What sets Ilina Singh’s book apart is not just the fact that she is a high-school student or that she has, quite wisely, narrowed the scope to include only Indian women in science (and just 11 at that), but the interactive nature of her book. From chemist Asima Chatterjee to cytogeneticist Archana Sharma, from botanist Janaki Ammal to mathematician Raman Parimala, the book’s choice of women in STEM is as interesting as the various activities — quizzes, experiments, DIY toys and games — that Singh packs in at the end of each chapter. These serve to pique children’s curiosity in branches of science they had little knowledge of. Perhaps, that is what makes the book, written in partnership with UNESCO, hold its own in a sea of ​​look-alike biographies.

For all the latest Parenting News, download Indian Express App.