Not only the region Mental Health of the Ministry of Public Health works on the subject, but also other organizations approach and deal with suicide as an issue that needs to be worked on by society as a whole. This is the case of the College of Psychologists, the Catholic Church, the National University of San Juan and the Renacer group, to name a few examples.

From the region of Mental Health reported that in the year there were 50 suicides. Although there is no defined age range, the graduate Karina Más pointed out to this media that the majority of cases are young people, under 25 years old. An important fact is that in 2021 San Juan recorded 60 suicides.

The factors are multiple, including drug addiction, lack of social acceptance, family problems, problematic romantic situations, gender or sexual identity conflicts, physical and verbal violence, bullying by peers, bullying, among others. “Only about 2% of cases this year had recorded previous suicide attempts”pointed out lawyer More. For prevention to be effective, actions must be implemented immediately. Prevention, care and containment, the axes of the Provincial Suicide Prevention Program

In the area of Department of Health Mental Health there is the provincial program that has been dealing with suicide for 10 years. In coordinated work with health centres, the emphasis is on prevention.

The program referent, Morecommented that Suicide is approached from three angles. On the one hand, there is the work of prevention; with media campaigns, trainings and conferences in schools, community spaces, health centers and the police. “The trainings cover the subject, how to treat a case, how to detect it in time and how to help with orientation in a timely manner”. On the other hand there is the professional carewhich is done by provincial health teams, or with referral to private sector professionals. The third line of work is containmentwhich consists of a psychosocial and global approach for the person who has thought about suicide to change perspective. 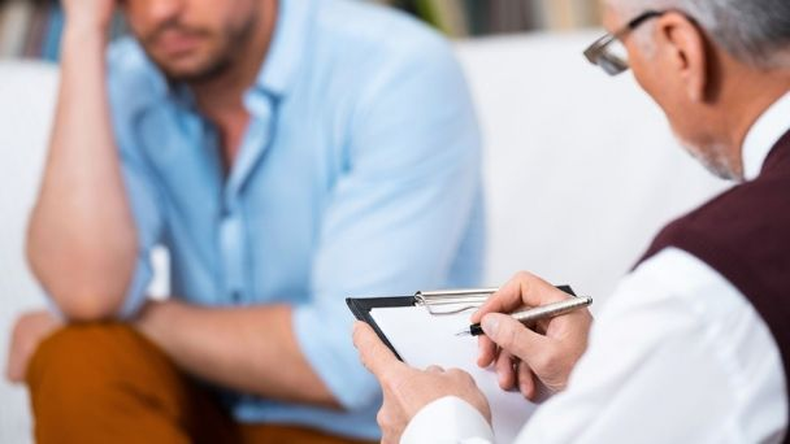 “Most people ask for help, but often people who attempt suicide are not consistent in their treatment and there is a problem in the follow-up and in the approach, hence the importance of the environment. When there is a risk indicator, which is an attempt, there is a lot of emphasis on the person and the environment,” added More.

Suicide Prevention Commission, the space born from the demand for psychologists

It was in mid-August, due to the concern of the members, that the commission was created in the field of College of Psychologists. Melissa Rodriguezone of the members of the commission, explained that, Although it works jointly with the provincial program of the ministry, the need has been generated to strengthen the tools available to professionals to be able to carry out a correct containment in the event of attempted or successful suicides.

“This situation can arise in a private practice, and you have to identify the factors, determine the risk in which the person is and, from there, either they are referred to a psychiatric guard, or the relatives are informed. In cases like this, the professional needs to have more training. The commission was born out of the concerns of professionals, but also from public demand. Within psychology we have many problems and each one cannot be addressed specifically from the School, but attentive to what is happening, we are looking for a space to respond, especially to professionals”remarked Ms. Rodríguez.

Accompaniment and support to the educational community, the work of the UNSJ

Some of the cases that caused a stir this year involved students from pre-university institutes. Although since the high house of studies since last year actions are coordinated to work on Mental Health, the cases of suicides have accelerated the actions.

The UNSJ Academic Secretary, Rosa Ferrer, acknowledged that suicide is an issue of concern within the education community. It is for this reason that Members of the community have been trained by different professionals to work on support, accompaniment and active listening. “Those who expressed suicidal thoughts were accompanied by professionals from the university until they were referred to a professional.. We also advise each other on how to act. From UNSJ, we understand that this is spoken, not hidden”he claimed.

The work is not only with students at the pre-university level, but also in different faculties, where actions are elaborated in each house of study.

Ministry of listening, the Church’s proposal to fight against suicide

“Those in the ministry of listening are mostly not professionals, but we are providing resources in general culture, psychology, theology, spirituality and humanities for a holistic approach and a better containment”said Rosanna Luna. Although the group as such is not yet active, details are being finalized to resume activity in the short term. This group has worked as such for a long time and now wants to relaunch its social work.

Rosana comments that there have been cases of people who have come to seek support, stating that for different reasons they intended to commit suicide. “They don’t just seek to be satisfied, but to find meaning in life, a look of hope. We also had majority cases of relatives and friends of people who committed suicide and find it difficult to cope with this situation, they feel guilty for not realizing it, and this is where we provide a active listening “.

The work of the pastoral care aims precisely to offer a space of confidential trust where anyone who approaches, whether Catholic or not, can be heard, freely express their emotions and receive support. Talking about suicide is not promoting it, it is preventing it

“I am Adriana Ferreira, mother of Celeste Loza, who on February 16, 2018 decided to commit suicide at the age of 17”. This is how Adriana introduces herself, having had to go through one of the most difficult situations for a parent.

Adriana admits that after her daughter’s suicide, it became difficult to continue. “We believe that it will never happen, especially when we see that your daughter is radiant, happy, but under that smile she was not happy. For a long time, I tried to go back in time and look for a sign, something I haven’t seen.recount. He acknowledges that when Celeste ended her life, suicide was not a much talked about topic, so he feels there was no approach that would avoid the sad ending.

If burying a girl who has decided to commit suicide is difficult, it is more difficult to continue, but Adriana recognizes that she has found the strength to carry on thanks to her children Mariana, Luz and Rodrigo and to the Reborn Group. “After Celeste died, life was different. Over time, I entered the Renacer group, where I learned to accept, to transcend, to change the pain for the immense love I have for my daughter.recognize. 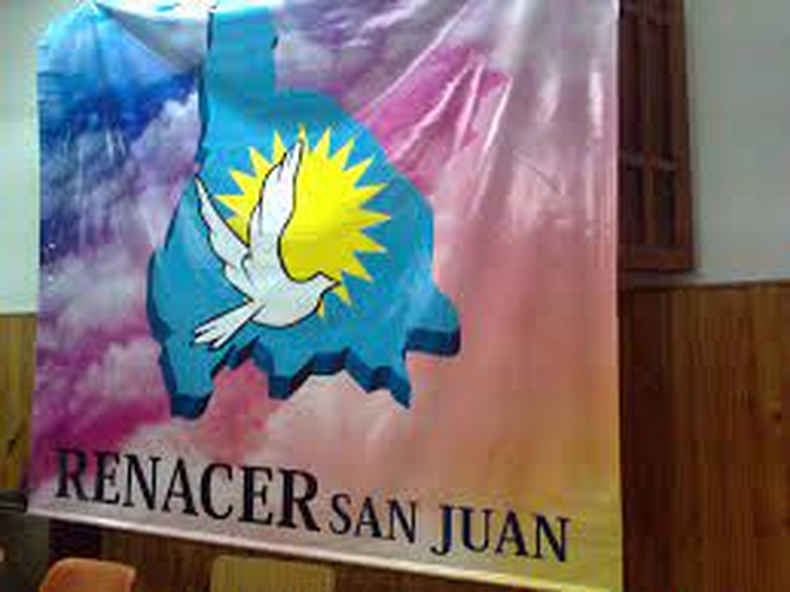 Today, From her experience, she works on prevention, so that no one makes the decision that Celeste has made.. But also by accompanying the parents who come to the group, trying to show them that there is still hope. He argues that society lacks empathy, that you have to be there for those who suffer in silence. “People who commit suicide are not that they don’t value life, but that they are in a huge crisis and don’t know how to ask for help. Being there is already a big help”.

“Life was difficult, but it was not impossible to continue. Everything is based on our outlook on life. The beauty and the good thing was to have her in my life. His leaving was the hardest thing that has ever happened to me, but I still have my other children who need me.”testifies Adriana, who, four years after Celeste’s departure, prefers to talk about suicide, share her story, be careful but focus on the fact that talking is essential to avoid other cases.

How to prevent suicide at home

Talking about it is essential.. Provide enough security for everyone to know they are in a safe space where they can tell what is happening to them, especially if they are a teenager. Offer active listening, take an interest in the proposals made to you and do not minimize anger or discomfort, on the contrary, avoid judging and putting yourself in the other person’s shoes. These are some of the ways to prevent, to be for those in need with empathy.

Where to seek help and assistance?

* Grupo Renacer San Juan Centro – Meetings the first and third Saturdays of the month at 6:00 p.m. Laprida 126 west (between Sarmiento and Entre Ríos)

We use cookies on our website to give you the most relevant experience by remembering your preferences and repeat visits. By clicking “Accept All”, you consent to the use of ALL the cookies. However, you may visit "Cookie Settings" to provide a controlled consent.
Cookie SettingsAccept All
Manage consent

This website uses cookies to improve your experience while you navigate through the website. Out of these, the cookies that are categorized as necessary are stored on your browser as they are essential for the working of basic functionalities of the website. We also use third-party cookies that help us analyze and understand how you use this website. These cookies will be stored in your browser only with your consent. You also have the option to opt-out of these cookies. But opting out of some of these cookies may affect your browsing experience.
Necessary Always Enabled
Necessary cookies are absolutely essential for the website to function properly. These cookies ensure basic functionalities and security features of the website, anonymously.
Functional
Functional cookies help to perform certain functionalities like sharing the content of the website on social media platforms, collect feedbacks, and other third-party features.
Performance
Performance cookies are used to understand and analyze the key performance indexes of the website which helps in delivering a better user experience for the visitors.
Analytics
Analytical cookies are used to understand how visitors interact with the website. These cookies help provide information on metrics the number of visitors, bounce rate, traffic source, etc.
Advertisement
Advertisement cookies are used to provide visitors with relevant ads and marketing campaigns. These cookies track visitors across websites and collect information to provide customized ads.
Others
Other uncategorized cookies are those that are being analyzed and have not been classified into a category as yet.
SAVE & ACCEPT